You are here: Home / Attitudes & Emotions / Am I a Dinosaur? 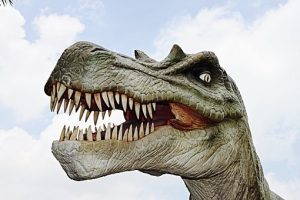 Do you ever feel like a dinosaur? People who buy the lies of the current moral confusion, with all its relativism, call themselves Progressives. That makes people like us- people who hold onto proven, established principles of truth- dinosaurs. Our day is over. Now it’s their day. Or, so they say.

We pursue many different avenues of service here in our adopted country. We love our work, this place, and especially the people. But recently, we’ve heard some of the most heart-rending stories. We’ve tried to help the innocent victims, and we’ve tried to help those who caused terrible pain to others. Sometimes, by the grace of God, we succeed. But, in truth, many times we don’t, and those situations grieve us.

In all this grief, I’ve seen a common thread. If people just stayed inside the boundaries God has set, they would never have to deal with these horrible consequences (See Psalm 16:5-6). But the spirit of this age, combined with their own distorted desires, constantly battles that idea.

Here’s an example. Like most of my readers, we teach abstinence before marriage. We teach fidelity in marriage. We teach thoughtfulness and appreciation for our spouse. We teach honor and respect. We teach financial accountability. These are not such extraordinary boundaries, are they? In our world, it seems they are.

I am not describing people outside the Christian community. These are people who have said they believe. Yet there was a disconnect between what they said they believe and what they did. That has always been a problem. But the idea that biblical teaching is outdated makes destructive behavior even more alluring.

So, when we say, “Read your Bible, pray, allow your life to be changed by what you have heard;” some make excuses. “I’m too busy.” “I don’t understand what I read.” “I don’t see how this applies to my life.”

Even if they do know what the Bible says, they make excuses for why they don’t do it. They use their culture as an excuse for behavior outside God’s boundaries. They use their human nature as an excuse. They say, “Everyone else does it, why won’t God let me have a little fun?” And when the bad consequences of their bad choices appear, they say, “I didn’t think it would happen to me.”

They don’t seem to realize that if you live God’s way, the ancient, proven way, He watches out for your good. He fills your life with peace and security. He makes even the bad things that happen help us grow and become better. As Tim Keller says, life always works best when you follow the Maker’s instruction manual.

It is not because I am old that I believe in following God’s rules. I’m not some aging joy thief, trying to take away other folks’ fun. I plead with them to do what He wants them to do, not because it is old (though it is), but because it is the best. I have practiced this and know my life is infinitely better than it would have been if I had gone my own way.  Millions would say the same.

But we live in the days of progressive ideology. Established morals and boundaries are regressive and oppressive, they seem to say. Any of us, whether we are 17 or 70, who hold to the old truths, are on the brink of extinction. But those old truths, the established ways of the Eternal God, are just as powerful today as they ever were.

God has very good reasons for wanting us to do things His way. But saying these things in the present moral climate opens us to the dreaded judgement that we are old and irrelevant. Like dinosaurs. What sounds like a voice from heaven to us may sound like the incoherent moans of an ancient beast to them.

Even so, it is hard to convince modern believers of the importance of the lessons we learn in God’s Word. If they think of His teachings as old-fashioned and out-of-date, they miss the point. He gives us these simple boundaries to keep us safe. He doesn’t give them to us to punish us or to make us miserable! Inside the boundaries is where life works best.

We, my readers, must not live in fear of extinction. For we have the God-given distinction of offering Eternal truth, from the Eternal God, to wandering, confused people.

We must stay strong and focused as we share our faith and His Word. We must speak His truth and pray their hearts will be open and obedient to His calling. We must not lose heart that He will have his people in the next generation to pass along what we know will keep them safe and full of joy.

If you don’t remember the article I published a while ago, We Groan We Glory, you might like to read it now. It describes, among other things, the tensions that we experience when presenting Truth in an age of doubt.

“This is what the LORD says: “Stand at the crossroads and look; ask for the ancient paths, ask where the good way is, and walk in it, and you will find rest for your souls. . .” –  Jeremiah 6:16, NIV

This site uses Akismet to reduce spam. Learn how your comment data is processed.