You are here: Home / Archives for Attitudes & Emotions 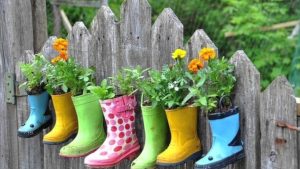 It’s January, the month of new beginnings. It’s a good time to sort out our treasures and trash. We do it at Christmas, when we carefully pick through the discarded wrapping paper to make sure no treasure is thrown away with the trash. We do it again as we put away our Christmas decorations. Some of the old decorations have become too soiled, some ornaments got broken, and some of the strings of lights became strings of darks. We throw out the trash, but we carefully store the treasures.

It is also a good time to look at our lives. What are the treasures from this last year? Often, they are the moments and experiences made valuable by the grace of God at work in our lives and others. And the trash? That’s those moments, words, or thoughts we recall with embarrassment, disappointment, and sometimes guilt.

It can be  hard to tell the difference between trash and treasure. Our minds can play tricks on us. My husband keeps a kind of mental tally of meetings he has conducted: good ones in the plus column, and those he perceived as failures in the minus column. But occasionally someone talks to him, years after a meeting, telling him how much it helped. What he thought was trash, was really treasure.

Even so, most of the time we have a pretty good idea about what to keep and what to toss. So, let’s think about that in a few different parts of life.

Many people make resolutions about what they will do, or not do in the coming year. We prayerfully considered the changes we wanted to see in 2017. And we started well. But life got crazy, the urgent clamored for our attention, and we started slipping back into the old patterns.

Take, for example, social media. We determined to silence our phones- to stop being victims of the buzz, the ring, the chirp.

Generally, we know when messages need immediate attention. The trick is being able to curb the impulse to interrupt everything, even very important conversations, to answer the ones that should wait.

Let’s renew our commitment to free our lives of digital bondage and garbage. Let’s create media free times of the day. Let’s not get caught in Facebook when there are real faces that need our attention. At first it may cause some anxiety. “Maybe I’ll miss something!” “She doesn’t like to be kept waiting.” If necessary, inform those around you that you won’t answer your messages right away, but you promise to write back later. Attentiveness is a treasure. Obsession is trash. END_OF_DOCUMENT_TOKEN_TO_BE_REPLACED

Do you ever wonder why we do what we do? I’ve had that on my mind recently.  All around us we see the poisoned fruits that grow from diseased decisions. People hurt; lives ruined; abounding disillusionment. Yet we, who choose to follow the Bible’s ways, may be seen as beings from another world. (In truth, we are!) Yet even in the face of criticism, incredulity, and sometimes animosity, we continue doing what we know is right.

I recently saw some words that very powerfully express that divine determination.  Among other places, these words below were found in Robert Griffin III’s locker when he left Redskins Park. RGIII was a star footballer whose career ended due to a string of injuries. He was known as a strong Christian, but he was tested by the collapse of his dreams. Many sources mention that the words were also found on Mother Teresa’s Orphanage wall; some say in her very room. You may have seen them before. If so, take a fresh look in the light of your present circumstances and condition.

People are often unreasonable, irrational, and self-centered.
FORGIVE THEM ANYWAY.

If you are kind, people may accuse you of selfish, ulterior motives.
BE KIND ANYWAY.

If you are successful, you will win some unfaithful friends, and some genuine enemies.
SUCCEED ANYWAY.

If you are honest and sincere, people may deceive you.
BE HONEST AND SINCERE ANYWAY.

What you spend years creating, others could destroy overnight.
CREATE ANYWAY.

If you find serenity and happiness, some may be jealous.
BE HAPPY ANYWAY.

The good you do today, will often be forgotten.
DO GOOD ANYWAY.

Give the best you have, and it will never be enough.
GIVE YOUR BEST ANYWAY.

In the final analysis, it’s between you and God.
IT WAS NEVER BETWEEN YOU AND THEM ANYWAY.

Peter’s Wife began for women working cross culturally who felt invisible. Our goal through the years has been to remember our worth. One of our members sent this wonderful article that so well describes how moms often feel. It introduces a book by Nicole Johnson called, The Invisible Woman. Be encouraged!

It all began to make sense, the blank stares, the lack of response, the way one of the kids will walk into the room while I’m on the phone and ask to be taken to the store. Inside I’m thinking, “Can’t you see I’m on the phone?”